The fluid resistance is small, and the sealing surface is less brushed and corroded by the medium. It is easier to open and close. The medium flow direction is not restricted, does not disturb the flow, and does not reduce the pressure. The shape is simple, the length of the structure is short, the manufacturing process is good, and the scope of application is wide.

It is easy to cause erosion and scratches between the sealing surfaces, and maintenance is difficult. The external size is large, the opening requires a certain amount of space, and the opening and closing time is long. The structure is more complicated.

It is a kind of linear motion valve. It is matched with the Z-type multi-turn actuator. There are switch type and intelligent type. This valve is simple to operate and is a common open-close valve, which uses the up and down work of the gate to switch on and off the fluid medium in the pipeline. It is widely used in electric power, metallurgy, petroleum, chemical, paper, sewage treatment and other sectors.

It is a double-layer cylinder with a pneumatic actuator, and is equipped with a buffer mechanism and a manual and protective mechanism. The valve adopts a double-layer cylinder structure, and its lifting force is doubled compared with a single-cylinder pneumatic gate valve. This fundamentally solves the problem that certain valve bodies of the single-cylinder pneumatic gate valve cannot be opened due to wedging. Moreover, because the valve has a buffer mechanism, it can effectively slow down and lighten the wear of the valve plate car sealing surface and valve body sealing surface due to the downward impact of the piston when the valve is closed. At the same time, it can also avoid the phenomenon of gate jamming. 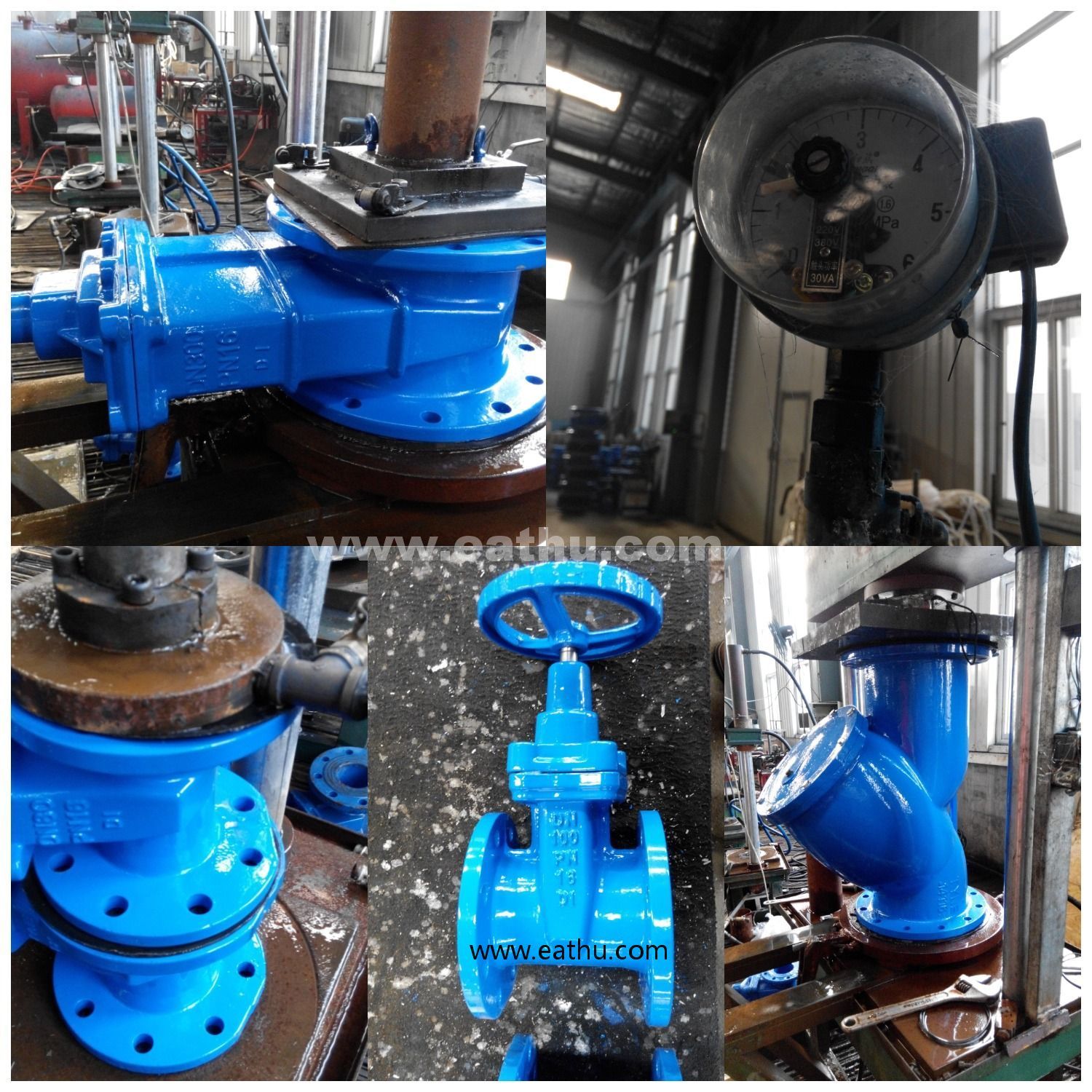