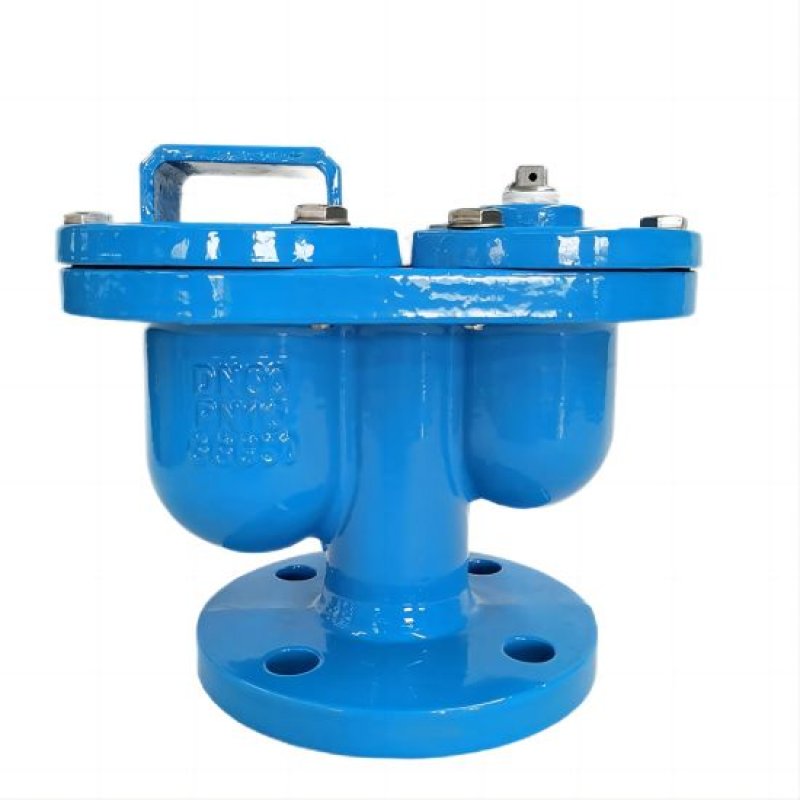 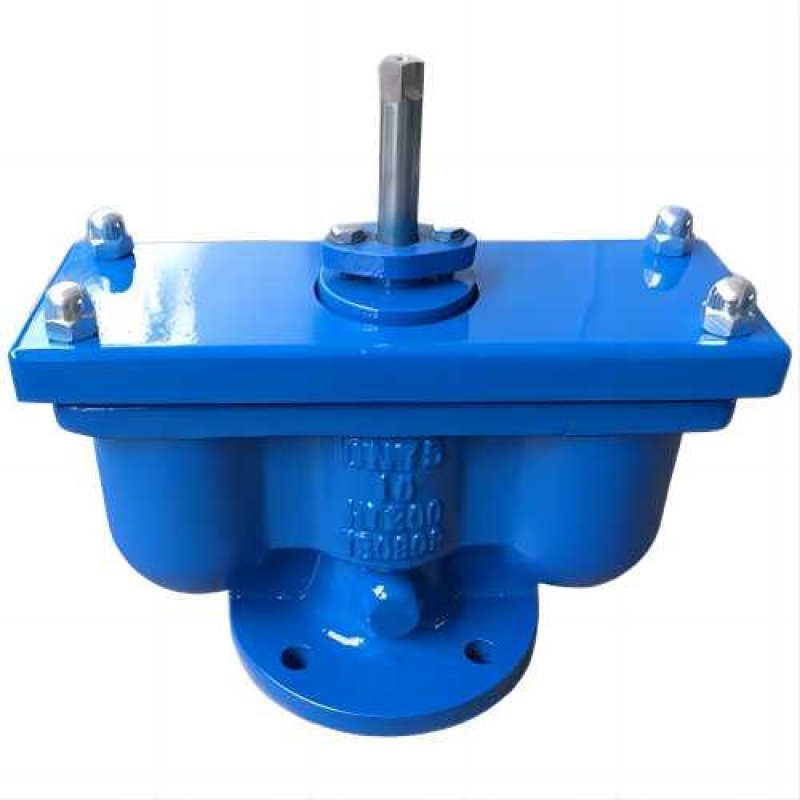 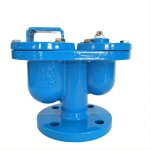 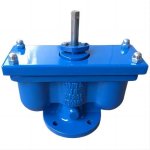 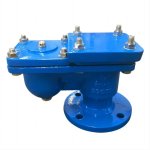 1. In the absence of water pressure (E.G. in a constructed circle), the float and disc are lowered into sheath. When the pipe is filled with water, a great deal of air is discharged from the large exhaust port.

2. When the air is nearly exhuasted, the water valve starts to float the ball into the valve, The ball lifts and the stops the water from flowing out.

3. After the valve disc block large exhuast port, as long as the water and gas in the pipeline pressure state, the valve disc will not fall, If the air in the pipe builds up to a certain amount in the exhaust valve, it will fall due to the reduced buoyancy of the float, and the air will be discharged through the small exhaust hole in the guide Rod. After the air is exhausted, the float rises and blocks the small vent.

4. When negative pressure is generated in the pipe, the disc and float are sucked down and a large amount of air is supplied form the large exhaust port.

1. Can eliminate the gas in the pipe, reduce drag and save energy.

2. When the pipe is under pressure, the product can automatically inhale air to prevent the pipe from bursting